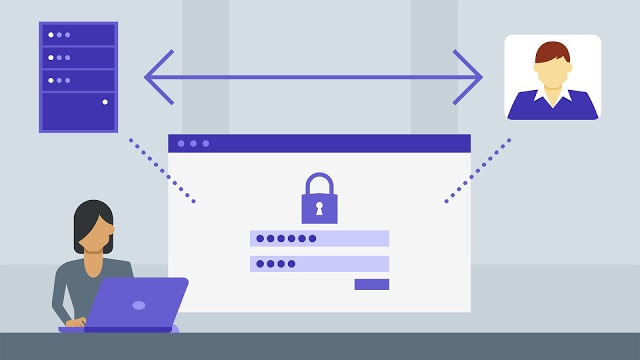 When you execute a program on your Unix system, the system creates a special environment for that program. This environment contains everything needed for the system to run the program as if no other program were running on the system.
Whenever you issue a command in Unix, it creates, or starts, a new process. When you tried out the ls command to list the directory contents, you started a process. A process, in simple terms, is an instance of a running program.
The operating system tracks processes through a five-digit ID number known as the pid or the process ID. Each process in the system has a unique pid.
Pids eventually repeat because all the possible numbers are used up and the next pid rolls or starts over. At any point of time, no two processes with the same pid exist in the system because it is the pid that Unix uses to track each process.

When you start a process (run a command), there are two ways you can run it −

By default, every process that you start runs in the foreground. It gets its input from the keyboard and sends its output to the screen.
You can see this happen with the ls command. If you wish to list all the files in your current directory, you can use the following command −
This would display all the files, the names of which start with ch and end with .doc −
The process runs in the foreground, the output is directed to my screen, and if the ls command wants any input (which it does not), it waits for it from the keyboard.
While a program is running in the foreground and is time-consuming, no other commands can be run (start any other processes) because the prompt would not be available until the program finishes processing and comes out.

It is easy to see your own processes by running the ps (process status) command as follows −
One of the most commonly used flags for ps is the -f ( f for full) option, which provides more information as shown in the following example −
Here is the description of all the fields displayed by ps -f command −
There are other options which can be used along with ps command −

Ending a process can be done in several different ways. Often, from a console-based command, sending a CTRL + C keystroke (the default interrupt character) will exit the command. This works when the process is running in the foreground mode.
If a process is running in the background, you should get its Job ID using the ps command. After that, you can use the kill command to kill the process as follows −
Here, the kill command terminates the first_one process. If a process ignores a regular kill command, you can use kill -9 followed by the process ID as follows −

Each unix process has two ID numbers assigned to it: The Process ID (pid) and the Parent process ID (ppid). Each user process in the system has a parent process.
Most of the commands that you run have the shell as their parent. Check the ps -f example where this command listed both the process ID and the parent process ID.

Daemons are system-related background processes that often run with the permissions of root and services requests from other processes.
A daemon has no controlling terminal. It cannot open /dev/tty. If you do a “ps -ef” and look at the tty field, all daemons will have a ? for the tty.
To be precise, a daemon is a process that runs in the background, usually waiting for something to happen that it is capable of working with. For example, a printer daemon waiting for print commands.
If you have a program that calls for lengthy processing, then it’s worth to make it a daemon and run it in the background.

The top command is a very useful tool for quickly showing processes sorted by various criteria.
It is an interactive diagnostic tool that updates frequently and shows information about physical and virtual memory, CPU usage, load averages, and your busy processes.
Here is the simple syntax to run top command and to see the statistics of CPU utilization by different processes −

Background and suspended processes are usually manipulated via job number (job ID). This number is different from the process ID and is used because it is shorter.
In addition, a job can consist of multiple processes running in a series or at the same time, in parallel. Using the job ID is easier than tracking individual processes.