Facebook Twitter LinkedIn Pinterest Reddit WhatsApp Telegram
AWS Distro for OpenTelemetry Now Available for Public Preview. OpenTelemetry is an observability framework – software and tools that assist in generating and capturing telemetry data from cloud-native software. It is a Cloud Native Computing Foundation (CNCF) Sandbox project with stakeholders from companies like AWS, Microsoft, Google, LightStep, New Relic, Red Hat, and Splunk – who collaborate on defining an open standard for the collection of distributed traces and metrics.

Furthermore, developers can configure and deploy the latest version of the AWS Distro for OpenTelemetry for container services, and EC2 by using AWS CloudFormation templates, AWS Command Line Interface, or by using the Kubectl commands.

The public preview of the AWS Distro for OpenTelemetry consists of several components such as:

AWS shares the core values of the upstream OpenTelemetry project, including reducing the costs of software telemetry instrumentation and ensuring the availability of open-source, high-quality technologies that everyone can use.

Also, a respondent on Reddit stated in a thread on the purpose of the AWS Distro for OpenTelemetry:

They (AWS) are consolidating tools, APIs, and mechanisms into a purpose-built distro – similar to Asterisk, Fedora Jam, or Kali. Since multi-purpose bare-metal, VMs, or even containers are no longer necessary, narrow-focused environments make for less waste, fewer patching cycles, and better interaction between components. 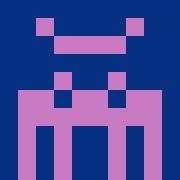 How JavaScript Grew Up and Became a Real Programming Language