This ongoing outage started at approximately 7:43 AM PST or 9:13 PM IST and affects the US-WEST-1 and US-WEST-2 regions according to AWS’ status page.

According to reports [1, 2, 3], it has caused major Internet connectivity issues, taking down a long list of online platforms and websites.

AWS engineers are working on addressing the root cause behind this outage and said they have already taken steps to restore connectivity.

“We have identified the root cause of the Internet connectivity to the US-WEST-2 Region and have taken steps to restore connectivity,” the AWS status page reads.

“We have seen some improvement to Internet connectivity in the last few minutes but continue to work towards full recovery.” 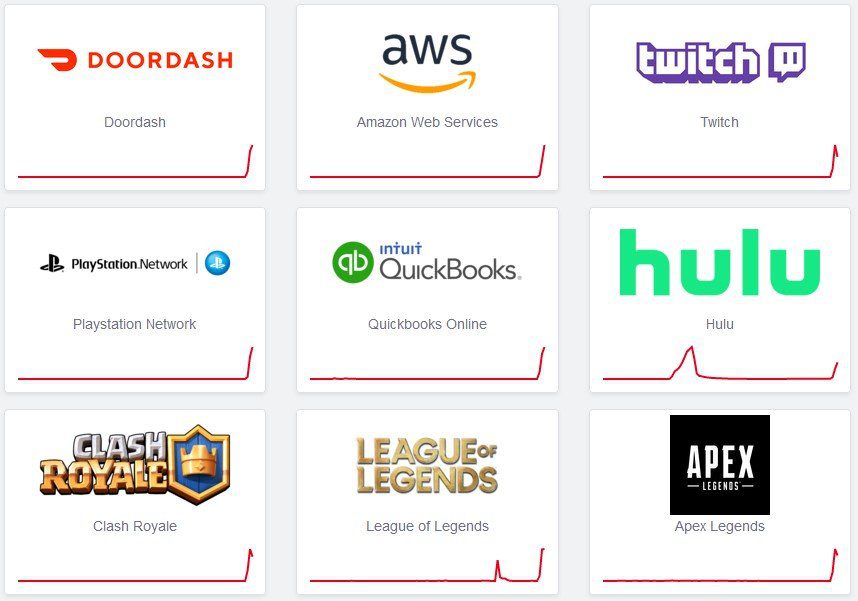 This comes one week after another massive AWS outage affecting the US-EAST-1 Region which provides connectivity for people and companies across the northeastern part of the United States.

As a result, streaming through Netflix, Roku, and Amazon Prime was immediately impacted. Ring devices were also brought down and became unreachable, according to users reporting that they could no longer connect to their cameras.

As AWS later explained, that incident was caused by an “automated activity to scale capacity of one of the AWS services hosted in the main AWS network” which “resulted in a large surge of connection activity that overwhelmed the networking devices between the internal network and the main AWS network.”

These outages are not unique events since they follow multiple other similar incidents since 2011, including a large-scale incident that affected the US-EAST-1 Region in November 2020.

At the time, a large number of sites and online platforms went offline after Amazon’s Kinesis service for real-time processing of streaming data started experiencing issues.

One year before, in September 2019, a power outage that hit the AWS’ North Virginia US-EAST-1 data center led to data loss for all Amazon customers who didn’t have working backups to restore their files.

Update December 15, 11:27 EST: AWS says the issue behind the outage affecting US-WEST-1 and US-WEST-2 regions has been resolved.

We have resolved the issue affecting Internet connectivity to the US-WEST-1 Region. Connectivity within the region was not affected by this event. The issue has been resolved and the service is operating normally.