Amazon’s AWS is once more increasing its presence in Europe with a new cloud computing region expected to open in Switzerland in the second half of 2022. The move will further expand the company’s large footprint on the continent, with six AWS regions already active in France, Germany, Ireland, Italy, Sweden and the UK, and another location launching in Spain by 2023.

Similar to other AWS regions, the new Swiss location will consist of several separated availability zones (AZs), which refer to data centers in different physical locations within a single region. The data centers in each AZ have independent power, cooling and physical security, and are connected by a low-latency network.

Swiss companies and organizations will be able to run their applications from three different AZs scattered out across the country as part of AWS’s new Zurich region. Leveraging different AZs enables better fault tolerance, and is particularly suited to high-availability applications.

Amazon’s CTO Werner Vogels, announcing that AWS was coming to Switzerland in a blog post, said: “Over the years, AWS has supported organizations across almost every industry in Switzerland – from its postal system to railways, broadcasting to mapping, and from world-leading pharma companies to innovative startups – to speed up innovation, lower IT costs, and transform their operations.”

“The upcoming AWS Europe (Zurich) Region will give our customers the choice and flexibility for where to store and process their data,” he continued.

Vogels said that more than 10,000 customers in Switzerland already use AWS each month to build up their businesses, including medium-sized firms and startups, but also public sector organizations. The Swiss Post, for example, uses AWS to automate certain tasks and run digital services like parcel tracking, and estimates that cloud-based management has generated operational cost savings of more than 50%.

The cloud service provider already spans another 24 geographic regions around the world and has announced that new regions will open in Indonesia, Japan and Spain, on top of the latest announcement of AWS Zurich region.

The dominance of US-based cloud providers has prompted an attempt in the EU to create a European competitor in the form of the GAIA-X cloud project, which kicked off earlier this year, led by France and Germany. The idea is to re-claim the EU’s digital sovereignty over foreign cloud providers, by addressing potential conflicts between the bloc’s privacy laws and the US Cloud Act. 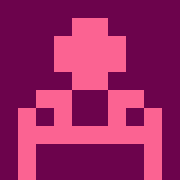 How to Install Yarn on Windows