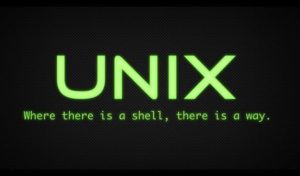 50) Write a script that will show the following as output: