Notepadd++ is a completely free source code editor created as a replacement for Notepad on Windows – is written based on Scintilla in C++ and implements Win32 API and STL to ensure program sizes are small with high execution speed – features which have since made it become a family name among developers. Sadly, there isn’t a version available for Linux users.

Here’s a list of the best Notepadd++ alternatives that you can run on your Linux distribution and be satisfied.

Vim is a powerful, completely configurable text editor for creating any type of text. It is styled as “vi” which ships with Apple’s OS X and most Unix systems.

It is known for its multi-level undo tree, extensive plugin system, support for too many file formats and programming languages to list, and integration support with many tools. 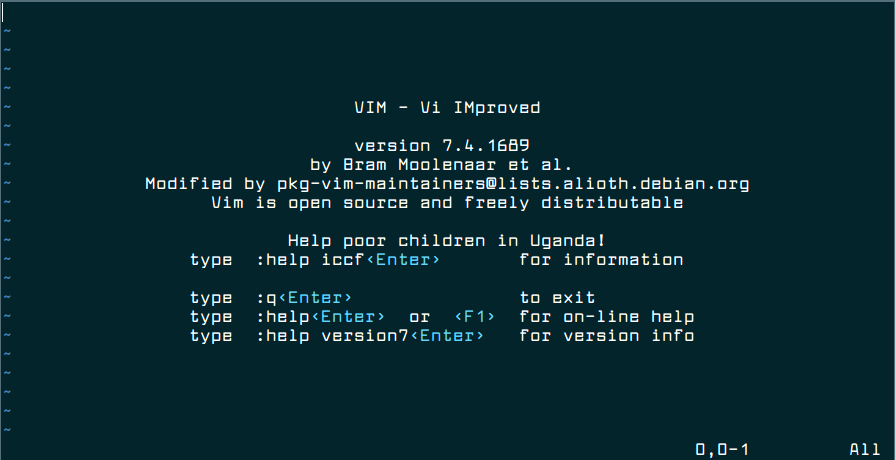 Nano is an open source command line-based text editor for Unix-like Operating Systems. It was modeled after part of Pine‘s email client and Pico text editor with a lot more functionality.

In most Linux distributions, nano is already installed, if not you can easily install it with the following commands:

GNU Emacs is a customizable, extensible, open source, the self-documenting real-time display text editor in the EMACS family of text editors popular for their extensibility.

Gedit is an open source text editor app designed for general-purpose text editing with a clean and simple GUI for ease of use. It is GNOME’s very own text editor and ships as the default text editor of the GNOME desktop environment.

Geany is an open source GTK+ text editor created to provide users with a lightweight and speedy IDE that barely depends on other packages.

Atom is a powerful, customizable, feature-rich, and extensible open-source text editor created by the developers behind GitHub for macOS, Windows, and Linux.

Related:  What is Grub in Linux? What is it Used for?

Sublime Text was first released in 2008 by Jon Skinner and Will Bond and it has since won the hearts of dedicated users who swear it is the modern version of vi and GNU Emacs.

Kate (KDE Advanced Text Editor) is an open source GUI text editor developed by the KDE community and bundled with KDE software since 2001.

Kate is used as an editing component in Quanta Plus, the LaTeX front-end, and KDevelop among other technologies. Its features include code folding, syntax highlighting that is extensible via XML files, automatic character encoding detection, etc.

Notepadqq is a completely free source code editor created as a Linux alternative for Notepad++ which is available for only Windows. And just like Notepadd++, it aims to ensure that program sizes are small with high execution speed.

Visual Studio Code is a powerful, extensible, completely customizable, cross-platform text editor created by Microsoft Corporation. It offers users on all platforms a unified environment for building and testing programs in any language for any platform.

Related:  How to Switch Python Version in Linux

VS Code features include IntelliSense, built-in Git commands, a debugger built-into the editor complete with debug breaks, call stacks, and an interactive console, support for almost any programming language, etc.

SciTE is a SCIntilla-based text editor that was first created to demonstrate Scintilla but has since grown to be useful for developing and running programs that typically have simple configurations. It features a simple, tabbed, GUI with syntax highlighting, support for bidirectional text, helper scripts, configurable keyboard shortcuts, etc.

SciTE’s free version is available for Linux-compatible systems with GTK+ and Windows while a commercial version is up for download from the Mac App Store.

CodeLobster is a completely free multifunctional and portable IDE designed for PHP, HTML, CSS, and JavaScript projects with support for over 15 frameworks. It offers users almost all of the features in many paid applications such as pair highlighting, tooltips, PHP and JS debugging and advanced autocomplete, incremental find, etc.

The professional version contains features like SASS and LESS, split window compare, code validation, an SQL manager, etc. and a ton of additional plugins that are enterprise user-worthy.

So there you have it guys. The 11 best text editor alternatives to Notepadd++ are available for Linux. Do you know any efficient ones that you would like to see added to the list? Feel free to drop comments in the section below.