Quick revision notes on the topic Photo-eletric effect of the very important unit “Dual Nature of Matter and Radiation” from the numericals point of view.
After the discovery of X-rays and electron in 1895 and 1897 respectively gave important milestones to the theory of atomic structure. J. J. Thomson applied the concept of mutually perpendicular electric and magnetic field across the discharge tube, was able to determine the speed and the specific charge [charge to mass ratio (e/m)] of the cathode rays.

Whenever light of any particular frequency is incident on any metal surface, then the emission of electrons is called Photo-electric effect. 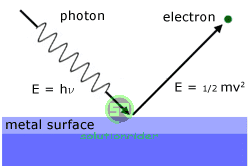 The maximum kinetic energy of photo-electrons, is given as:
(Ek)max = hv – φ = h(v –v0 )
where, v0 is threshold frequency,
v is frequency of incident light.

The minimum negative potential that is given to anode plate,  at which photoelectric current becomes zero is called stopping potential (Vo). The stopping potential is related to the maximum kinetic energy of the emitted photo-electrons as:
(Ek)max = 1/2 mv2max = eV0 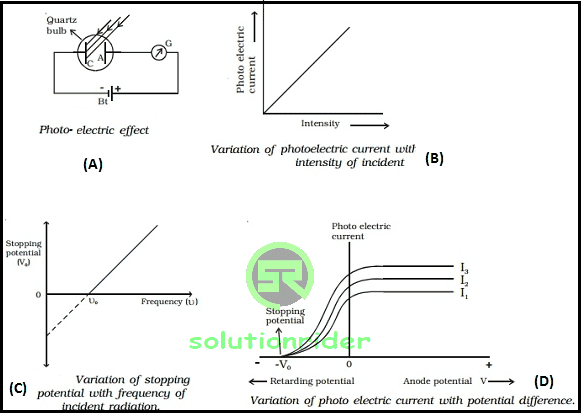