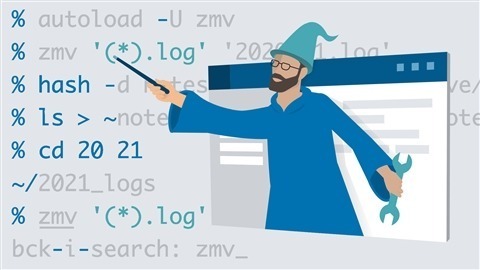 A variable is a character string to which we assign a value. The value assigned could be a number, text, filename, device, or any other type of data.
A variable is nothing more than a pointer to the actual data. The shell enables you to create, assign, and delete variables.

The name of a variable can contain only letters (a to z or A to Z), numbers ( 0 to 9) or the underscore character ( _).
By convention, Unix shell variables will have their names in UPPERCASE.
The following examples are valid variable names −
Following are the examples of invalid variable names −
The reason you cannot use other characters such as !, *, or – is that these characters have a special meaning for the shell.

Variables are defined as follows −
For example −
The above example defines the variable NAME and assigns the value “Zara Ali” to it. Variables of this type are called scalar variables. A scalar variable can hold only one value at a time.
Shell enables you to store any value you want in a variable. For example −

To access the value stored in a variable, prefix its name with the dollar sign ($) −
For example, the following script will access the value of defined variable NAME and print it on STDOUT −

The above script will produce the following value −

Shell provides a way to mark variables as read-only by using the read-only command. After a variable is marked read-only, its value cannot be changed.
For example, the following script generates an error while trying to change the value of NAME −

The above script will generate the following result −

The above example does not print anything. You cannot use the unset command to unset variables that are marked readonly.

When a shell is running, three main types of variables are present −