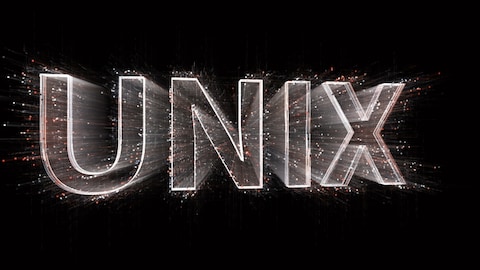 The Unix operating system is a set of programs that act as a link between the computer and the user.
The computer programs that allocate the system resources and coordinate all the details of the computer’s internals is called the operating system or the kernel.
Users communicate with the kernel through a program known as the shell. The shell is a command line interpreter; it translates commands entered by the user and converts them into a language that is understood by the kernel.

Here is a basic block diagram of a Unix system − 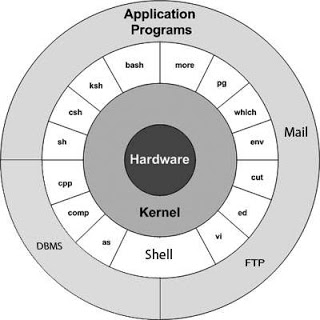 When you first connect to a Unix system, you usually see a prompt such as the following −

You will be provided with a command prompt (sometime called the $ prompt ) where you type all your commands. For example, to check calendar, you need to type the cal command as follows −

All Unix systems require passwords to help ensure that your files and data remain your own and that the system itself is secure from hackers and crackers. Following are the steps to change your password −
Step 1 − To start, type password at the command prompt as shown below.
Step 2 − Enter your old password, the one you’re currently using.
Step 3 − Type in your new password. Always keep your password complex enough so that nobody can guess it. But make sure, you remember it.
Step 4 − You must verify the password by typing it again.
Note − We have added asterisk (*) here just to show the location where you need to enter the current and new passwords otherwise at your system. It does not show you any character when you type.

While you’re logged into the system, you might be willing to know : Who am I?
The easiest way to find out “who you are” is to enter the whoami command −
Try it on your system. This command lists the account name associated with the current login. You can try who am i command as well to get information about yourself.

Sometime you might be interested to know who is logged in to the computer at the same time.
There are three commands available to get you this information, based on how much you wish to know about the other users: users, who, and w.

Try the w command on your system to check the output. This lists down information associated with the users logged in the system.

When you finish your session, you need to log out of the system. This is to ensure that nobody else accesses your files.
To log out

The most consistent way to shut down a Unix system properly via the command line is to use one of the following commands −
You typically need to be the super user or root (the most privileged account on a Unix system) to shut down the system. However, on some standalone or personally-owned Unix boxes, an administrative user and sometimes regular users can do so.