Question 2.
Suppose you are given a chance to repeat the alpha- particle scattering experiment using a thin sheet of solid hydrogen in place of the gold foil. (Hydrogen is a solid at temperature 14 K). What results do you expect ?
Answer:
α-particle is much heavier than hydrogen nuclei. Therefore, α-particles pass through solid hydrogen without deflection. In other words, α-particles are not scattered by solid hydrogen. 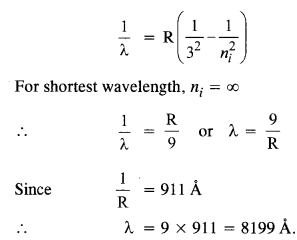 Question 4.
A difference of 2.3 eV separates two energy levels in an atom. What is the frequency of radiation emitted when the atom transits from the upper level to the lower level ?
Answer: 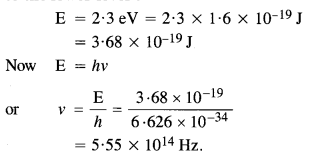 Question 6.
A hydrogen atom initially in the ground level absorbs a photon which excites it to the
n = 4 level. Determine the wavelength and frequency of photon.
Answer:
We know, energy of an electron in the nth orbit of hydrogen atom is given by 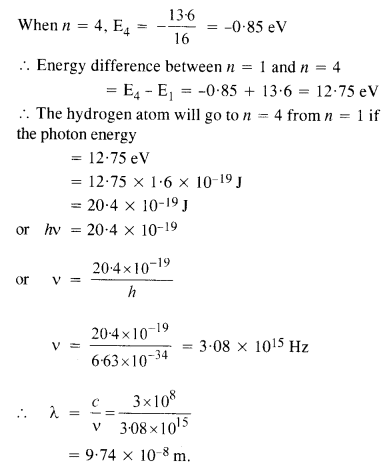 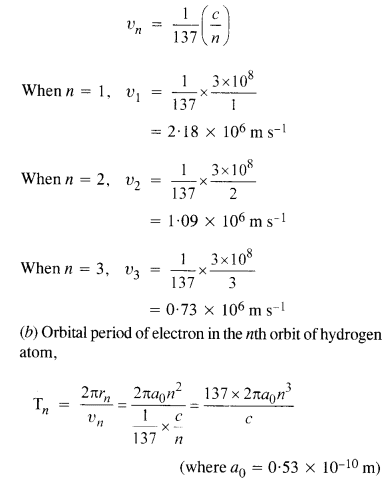 Question 9.
A 12.75 eV electron beam is used to bombard gaseous hydrogen at room temperature. What series of wavelengths will be emitted ?
Answer: 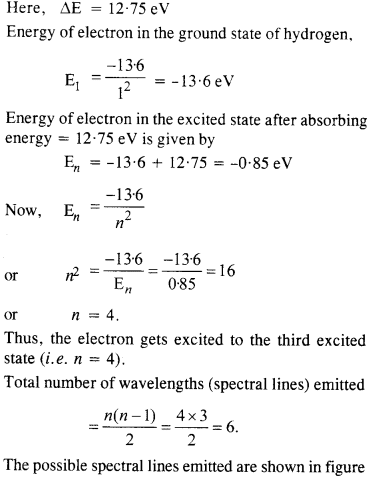 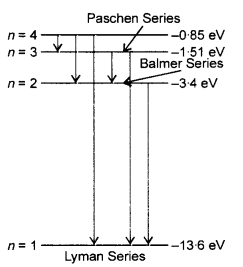 Question 10.
In accordance with the Bohr’s model, And the quantum number that characterises the earth’s revolution around the sun in an orbit of radius 1.5 x 1011 m with orbital speed
3 x 1014 m s-1. (Mass of earth = 6.0 x 1024 kg.)
Answer:
According to Bohr’s postulate of quantization of angular momentum 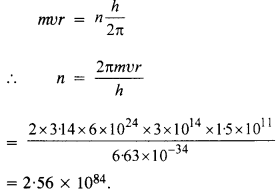 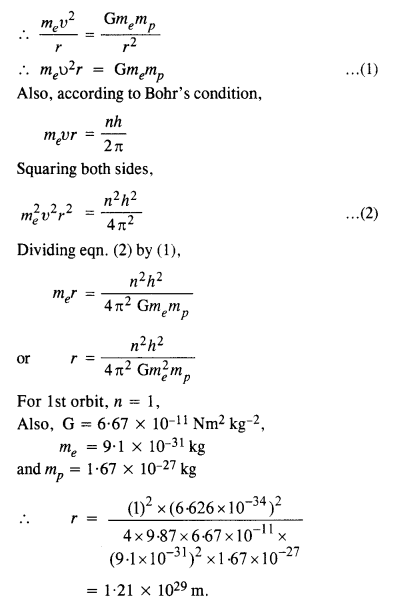 It is astonishing this value of r is much greater than the size of universe. 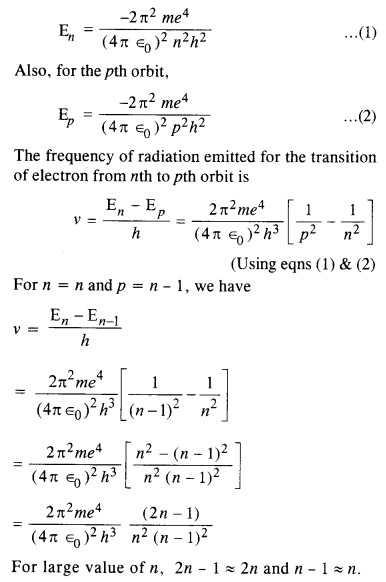 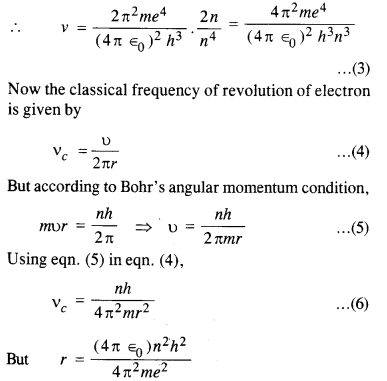 i.e. frequencies are equal. This is called the Bohr’s correspondence principle.

Question 14.
Classically, an electron can be in any orbit around the nucleus of an atom. Then what determines the typical atomic size ? Why is an atom not, say, thousand times bigger than its typical size ? The question had greatly puzzled Bohr before he arrived at his famous model of the atom that you have learnt in the text. To stimulate what he might well have done before his discovery, let us play as follows with the basic constants of nature and see if we can get a quantity with the dimensions of length that is roughly equal to the known size of an atom (~ 10-10m).
(a) Construct a quantity with the dimensions of length from the fundamental constants e, me, and c. Determine its numerical value.
(b) You will find that the length obtained in («) many orders of magnitude smaller than the atomic dimensions. Further, it involves c. But energies of atoms are mostly in non-relativistic domain where c is not expected to play any role. This is what may have suggested Bohr to discard c and look for ‘something else’ to get the right atomic size. Now, the Planck’s constant h had already made its appearance elsewhere. Bohr’s great insight lay in recognising that h, me, and e will yield the right atomic size. Construct a quantity with the dimension of length from h, mg, and e and confirm that its numerical value has indeed the correct order of magnitude.
Answer:
(a) Here, the dimensional formula of e is A1T1, the dimensional formula of me is M1, dimensional formula 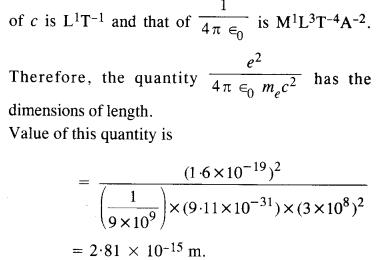 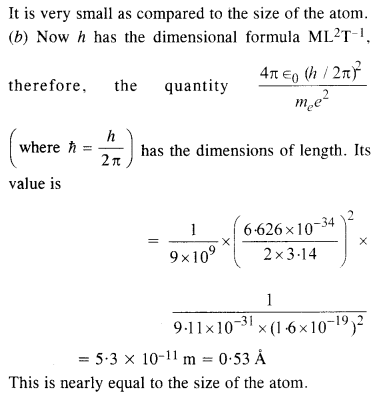 i.e., n is very large. Since n is very large, the difference between the two successive energy or angular momentum levels is very small and the levels may be considered continuous. 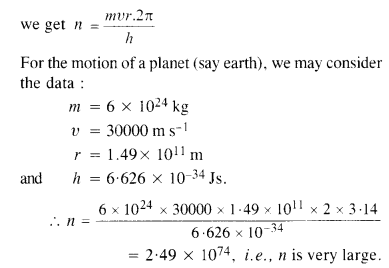 Question 17.
Obtain the first Bohr’s radius and the ground state energy of a ‘muonic hydrogen atom’ (i.e. an atom in which a negatively charged muon (μ-1) of mass about 207 me orbits around a proton).
Answer:
Here mass of the particle revolving around the proton is 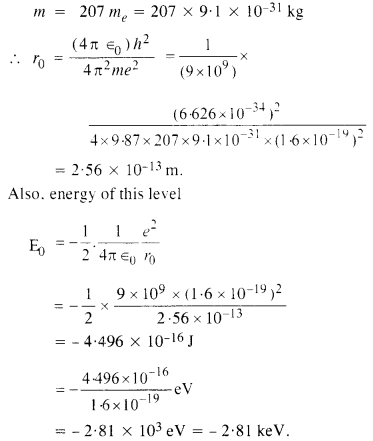