Home » How To » How to Install Katoolin on Linux Mint?

Step 1: To install Katoolin we need to clone a git hub repository using git command. In some OS (Linux based) Git is not pre-installed so we can install it by using the following command: 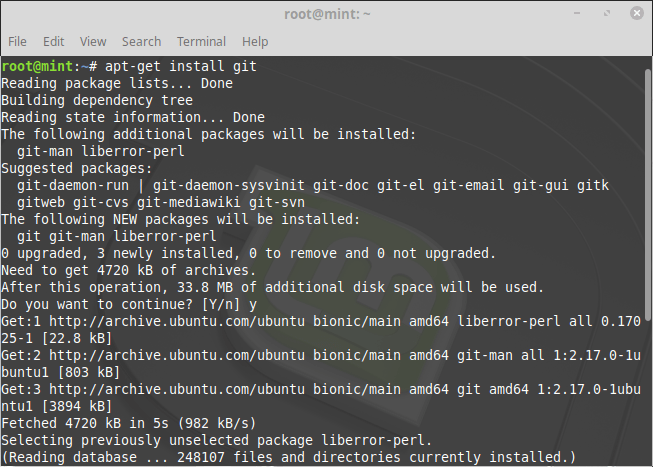 Step 2: After installing git we need to clone the git hub repository, copy the link from below 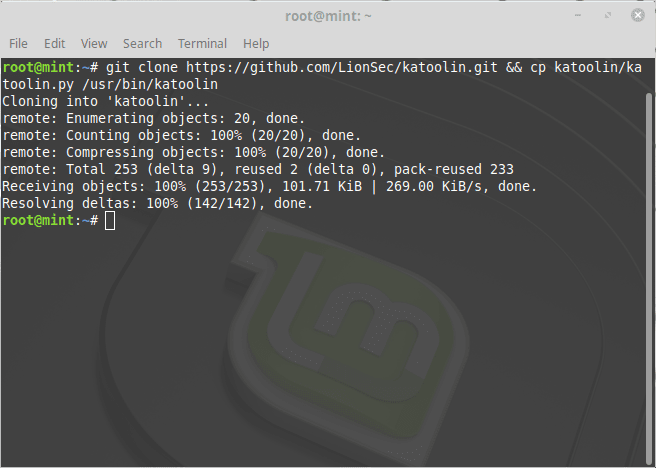 Step 3: After cloning the repository we need to give it executable permissions using the following command:

Step 4: After completing all the steps just below command to confirm the installation. 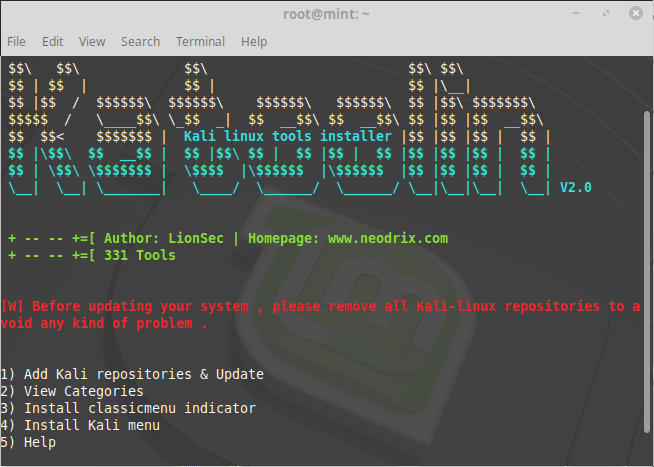 Using katoolin is very simple. You can enjoy all kali Linux repositories and install all hacking tools you need. Please note that before installing anything from katoolin you should remove previously added manual repositories from other sources to avoid errors.