Terraform is a provisioning declarative tool that is based on infrastructure as a code paradigm. It uses its own syntax – HCL (Hashicorp Configuration Language). It is written in golang. It helps to evolve you infrastructure, safely and predictably. Terraform is Open source and backed by Hashicorp company and Hashicorp Tao (guide/principles/design).

Infrastructure-as-Code (IaC) is a practice that has become mainstream with the growing popularity of public cloud providers, such as AWS, Google, and Microsoft.

In a nutshell, it consists of managing a set of resources (computing, network, storage, etc.) using the same approach developers use to manage application code.

Provisioners can be used to model specific actions on the local machine or on a remote machine in order to prepare servers or other infrastructure objects for service. 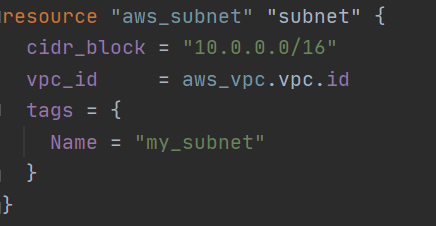 Provides a resource to create a VPC Internet Gateway.

Provides a resource to create a VPC routing table. 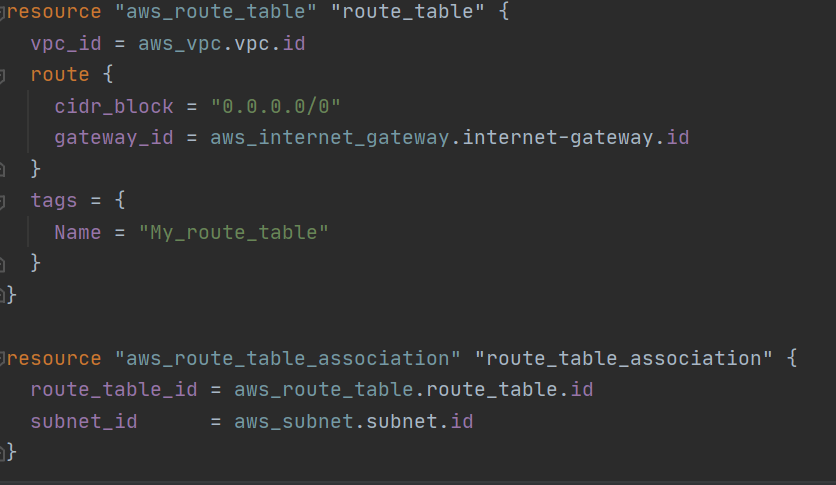 Provides a security group rule resource. Represents a single ingress or egress group rule, which can be added to external Security Groups. 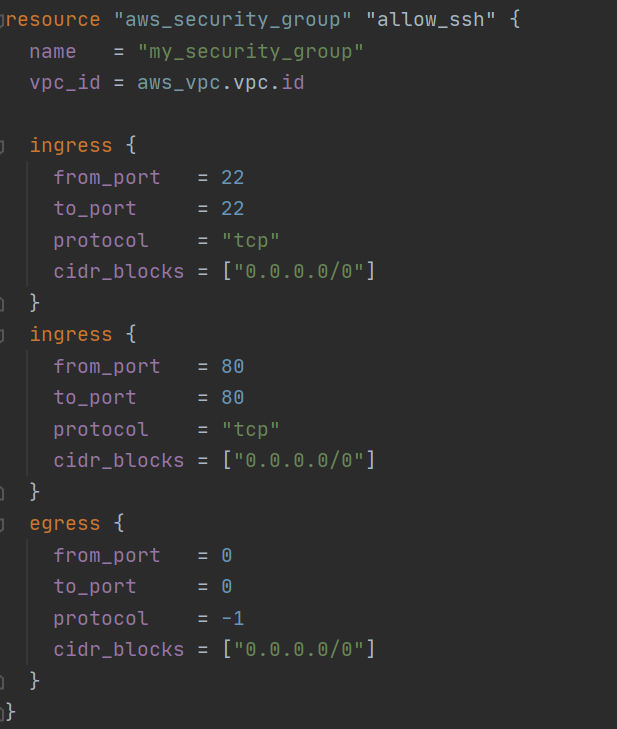 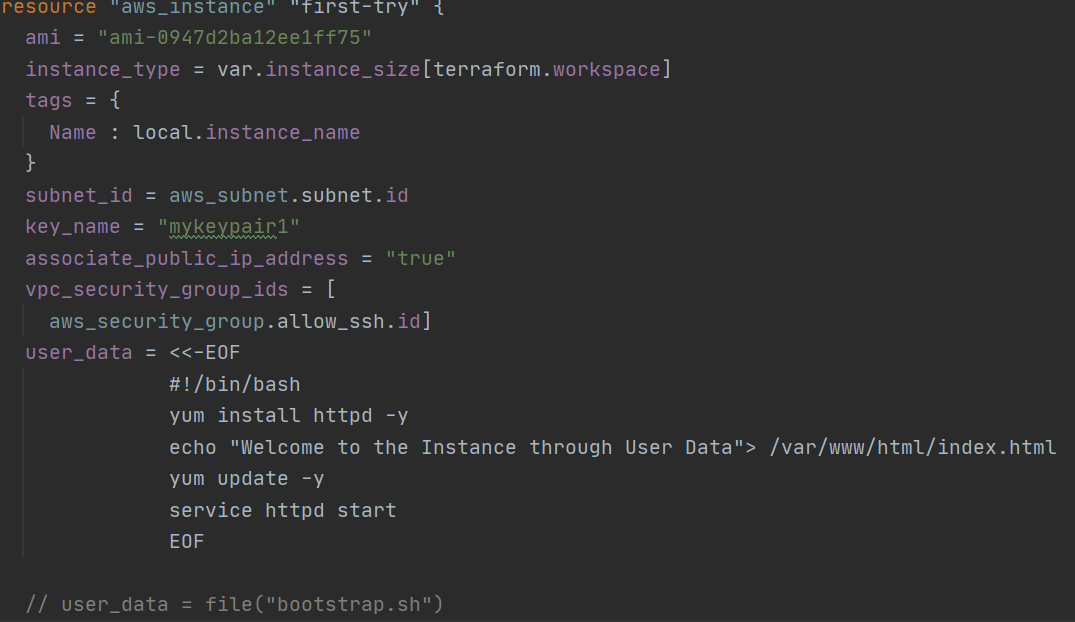 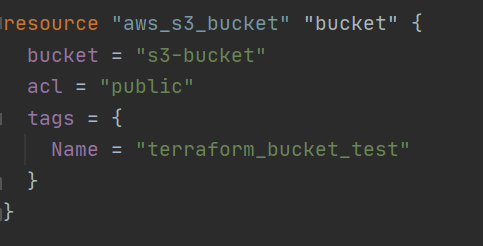 Provides a resource to manage the default AWS Network ACL. VPC Only. 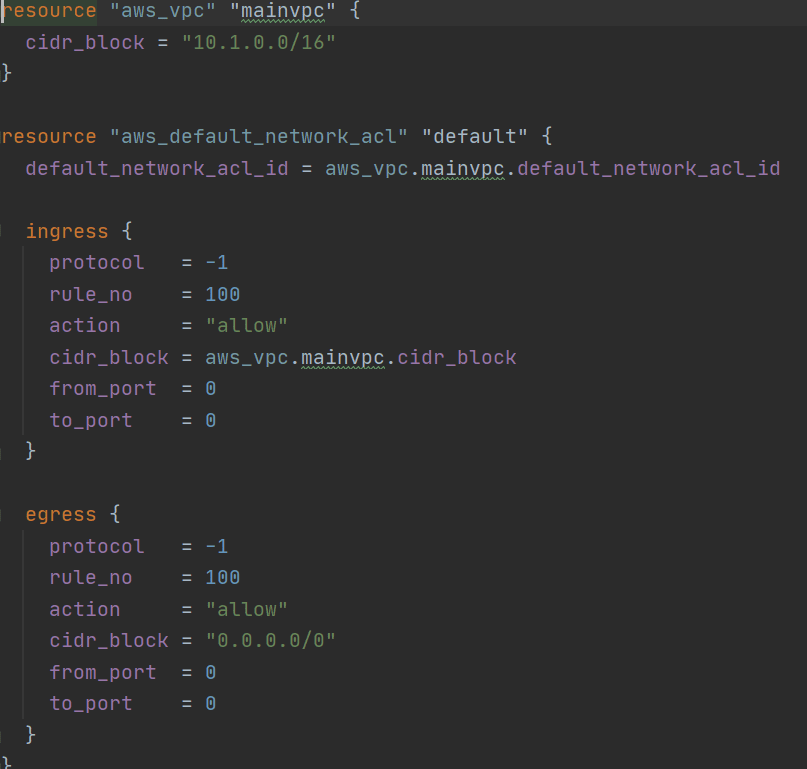 Resource instances managed by Terraform each export attributes whose values can be used elsewhere in configuration. Output values are a way to expose some of that information to the user of your module.

Terraform must store state about your managed infrastructure and configuration. This state is stored by default in a local file named “terraform.tfstate”, but it can also be stored remotely, which works better in a team environment. Terraform uses this local state to create plans and make changes to your infrastructure. Prior to any operation, Terraform does a refresh to update the state with the real infrastructure.

A “backend” in Terraform determines how state is loaded and how an operation such as apply is executed. This abstraction enables non-local file state storage, remote execution, etc. By default, Terraform uses the “local” backend, which is the normal behavior of Terraform you’re used to. This is the backend that was being invoked throughout the introduction.

The terraform import command is used to import existing resources into Terraform. This allows you take resources you’ve created by some other means and bring it under Terraform management.

The import cmd is triggered on the terminal to import resources from existing infrastructure.

A module is a container for multiple resources that are used together. Modules can be used to create lightweight abstractions, so that you can describe your infrastructure in terms of its architecture, rather than directly in terms of physical objects.

The Terraform Registry hosts a broad collection of publicly available Terraform modules for configuring many kinds of common infrastructure. These modules are free to use, and Terraform can download them automatically if you specify the appropriate source and version in a module call block. 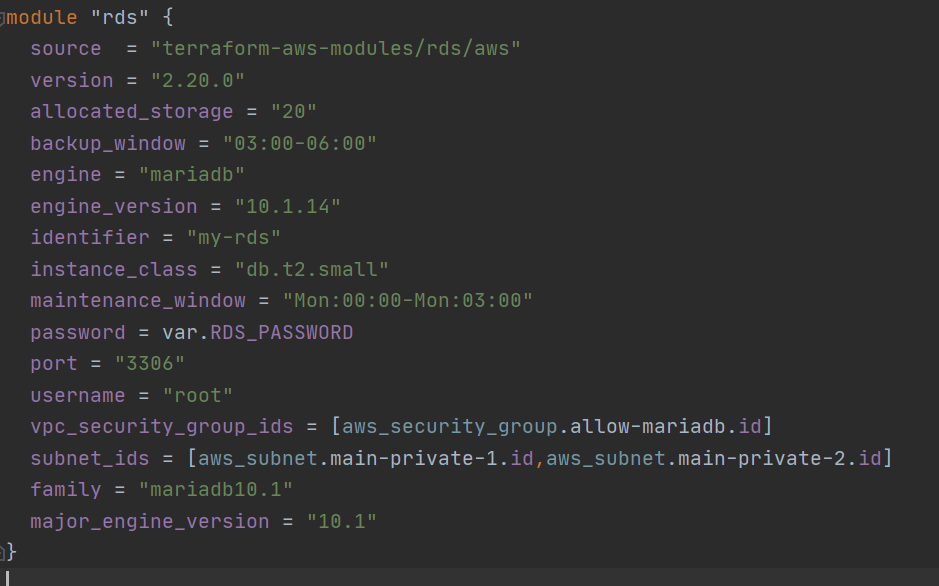